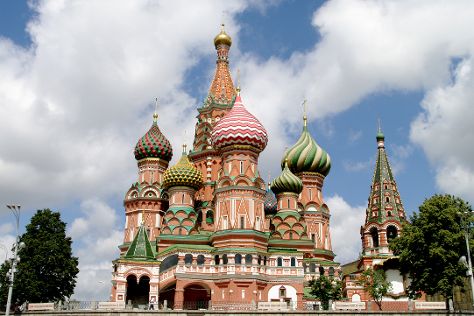 Russia's political, economic, and cultural center, Moscow remains the most populous inland city in the world, famed for its colorful history and rich architectural heritage.

Red Square and Saint Basil's Cathedral will appeal to history buffs. Get a sense of the local culture at Moscow Kremlin and Tserkov' Uspeniya Presvyatoy Bogoroditsy V Novodevich'yem Monastyre. And it doesn't end there: contemplate the long history of Kremlin Walls and Towers, pause for some photo ops at Monument to Marshal Zhukov, get to know the resident critters at Moscow Zoo, and head outdoors with Meshherskoye.

For photos, where to stay, and tourist information, go to the Moscow holiday tool.

Things to do in Moscow