Head to Kapali Carsi and Anatolian Carpet Shopfor plenty of shopping. Escape the urban bustle at Bosphorus Strait and Silivri Sahili. Spend the 6th (Mon) exploring nature at Irmak Tabiat Parki. There's still lots to do: take in the spiritual surroundings of Sultan Ahmed Mosque, delve into the distant past at Basilica Cistern, contemplate the long history of Galata Tower, and wander the streets of Istiklal Street.

Sharm El Sheikh, Egypt to Istanbul is an approximately 6-hour flight. You can also drive. The time zone changes from Eastern European Standard Time to Turkey Time, which is usually a 1 hour difference. Traveling from Sharm El Sheikh in May, expect Istanbul to be much colder, temps between 25°C and 15°C. Wrap up your sightseeing on the 9th (Thu) to allow time to travel to Antalya.
more less

Historic Sites · Parks · Nature
Find places to stay May 6 — 9:
Hotels on TripAdvisor
Homes on Airbnb
Highlights from your plan 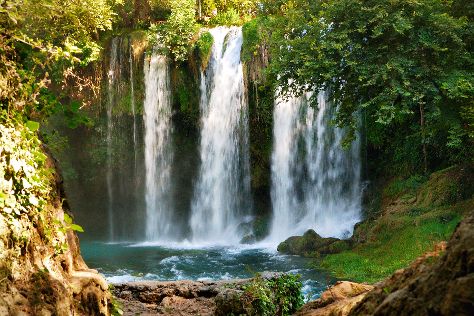 Offering both sandy beaches packed with modern amenities and a historical town center filled with Roman ruins and Ottoman mosques, Antalya serves as one of the country's major tourist destinations.

Visit Bucht Von Adrasan and Cirali Beach for some beach relaxation. Get in touch with nature at Lower Duden Waterfalls and Goynuk Canyon. Change things up with these side-trips from Antalya: Side (Ancient Theater & Temple of Apollo), Royal Jewellers (in Saklikent) and Aspendos Ruins and Theater (in Serik). There's still lots to do: take a stroll through Kaleici, kick back and relax at Adrasan Sahili, stroll through Konyaalti Beach, and buy something for everyone on your list at TerraCity.

To find traveler tips, photos, where to stay, and more tourist information, refer to the Antalya trip planner.

Fly from Istanbul to Antalya in 5.5 hours. Alternatively, you can drive; or take a bus. Traveling from Istanbul in May, you will find days in Antalya are a bit warmer (30°C), and nights are about the same (18°C). Cap off your sightseeing on the 16th (Thu) early enough to travel to Izmir.
more less

Things to do in Antalya 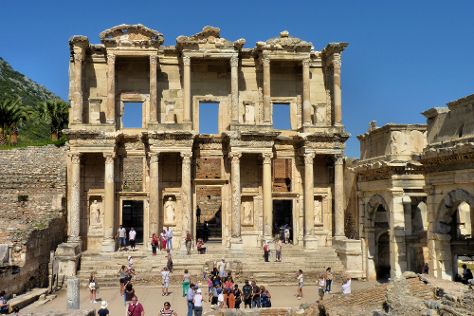 Pearl of the Aegean

The birthplace of Homer, the ancient port city of Izmir boasts a colorful heritage that includes traces of Greek, Armenian, and Jewish cultures.

To find reviews, more things to do, photos, and other tourist information, go to the Izmir planner.

You can fly from Antalya to Izmir in 3.5 hours. Alternatively, you can drive; or take a bus. Expect a bit cooler temperatures when traveling from Antalya in May; daily highs in Izmir reach 19°C and lows reach 7°C. Finish your sightseeing early on the 20th (Mon) to allow enough time to travel back home.
more less

Things to do in Izmir

Selcuk, Kusadasi, Sirince Koyu
Find places to stay May 16 — 20:
Hotels on TripAdvisor
Homes on Airbnb
Highlights from your plan